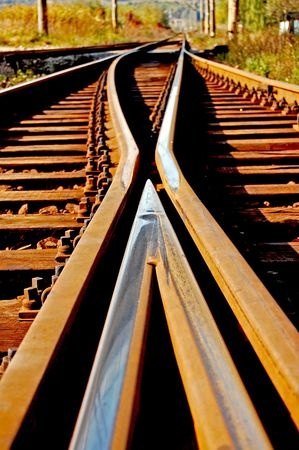 Spoiler Alert: If you intend to watch Netflix’s series “House of Cards” anytime soon you may want to skip over this article. Significant plot events from this series are about to be revealed. I can’t stand spoilers myself, but this one is unavoidable.

If you aren’t into “House of Cards,” keep reading! This is really fascinating stuff.

Some classic thought experiments in morality, empathy and decision-making have been replicated in the Netflix hit series “House of Cards.” For those who watch the show it is a unique opportunity for reflection: How far is too far when it comes to immoral acts? And where is the line between discomfort and repugnance in our relationship with fictional characters? Now, I can’t say with total confidence that the show’s writers intended to recreate well-known morality experiments, but the coincidence is uncanny.

Let’s start with the original thought experiments. The first was originally introduced in 1967 by British philosopher Philippa Foot. It goes something like this:

A runaway trolley car is speeding down its track. Up ahead, there are five people standing on the track who will certainly be killed if the trolley continues its trajectory. There is a lever right next to you. If you pull the lever the trolley will be diverted onto another track where only one person is standing. So this is the moral dilemma. Do nothing and five people die. Take action and you are directly responsible for killing one to save five.

Same peril as before: trolley car speeding out of control toward five people. This time there is no alternate track. Instead, you are standing on a bridge just above the track and next to you is a very large man. He is leaning over the railing watching the situation unfold. You realize that if you push him he will land on the track and his dying body will stop the trolley.

It’s the same outcome, but our intuitions tell us there is something fundamentally different about the actions suggested in each scenario. And the research bears this out. The vast majority of people say they would pull the switch in the first scenario but they would not push the man in the second. It’s the difference between interacting with a piece of machinery – which could give you a sense of remove from the result of your actions – and interacting with an actual human being. Because if you push the big guy over the railing you’ve got to touch him with your hands. (Another way to understand this difference is to imagine stabbing someone with a knife versus shooting them with a gun.)

Yes, it’s all theoretical. And yes, you don’t know what you’d REALLY do until you are in that situation. But neuroethicist Joshua Greene actually put people into fMRI scanners while they responded to these dilemmas. The two scenarios activate different neural/psychological systems in the brain and (to put it simply) underscore the difference between moral decisions that cause us to think (utilitarian) and those that cause us to feel (emotional). This difference has all kinds of implications for  things like foreign policy, criminal law and even our relationship with charitable giving.

Okay, now let’s apply this to House of Cards. (Last warning: Here come the spoilers.) From the first season to the second we see the main character Frank Underwood commit murder twice (well, three times if you count the dog at the beginning of Episode I).

The first murder is that of Daniel Russo. Frank leaves Daniel unconscious in a running car in a closed garage. It is not an accident, and it is not a passive act either. But it does give us an opportunity to equivocate and justify our regard for Frank.

In this scene Frank starts the car, and even wipes down the interior to remove his own fingerprints. Still, the agent of death (car exhaust) is indirect, much like the lever in the original trolley scenario. In fact, Frank leaves the scene long before Daniel’s actual death. As a viewer you could reason this through academically in your own mind: “Well, it’s not like he strangled the guy. He didn’t actually kill him, right?” And just like the dog incident at the top of the first episode you could say Frank was just saving a miserable creature from certain suffering. And you could continue hoping for Frank to succeed as the show continues. Because, sure, he’s a rascal and a misanthrope, but he’s not a truly horrible person. Is he?

But then he kills Zoe Barnes in the first episode of the second season. And much like in the “Fat Man” trolley scenario Frank actually pushes Zoe into the path of an oncoming train. This is not an act of mercy and it’s not a single bit passive. Frank does it to stop Zoe from causing him problems in the future. And how do we feel about Frank now? See, there really is no more room for ambivalence. Frank has committed murder with his bare hands. We cannot watch the show the same way we did before. We cannot have the same smug sense of remove we had in the first season. Frank is our protagonist. If we root for him are we guilty too?

This show is an opportunity to test how moral reasoning actually works. Now that you know Frank is a cold-blooded killer do you watch each episode hoping he will fail in his political aspirations and get himself hauled away to prison? Nope, I didn’t think so. If you’re still watching you are probably leveraging some amount of denial, a necessary counter-weight to some of our daily moral judgments.

This balancing act between utilitarian and emotional moral reasoning is at play in every area of our lives. Here are just a few examples:

In each of these examples you need to weigh your feelings, your personal associations and your physical sensations against your reasoned moral decision making. It may be simple when you are deciding what to watch on Netflix. But in real life these can be the hardest decisions we make. And in the moment it is the emotionally satisfying option that usually wins.

Many leaders understand this difference intuitively. They present moral choices to us in the most emotional and visceral terms. We might agree that reason and intellect are the highest of human achievements. But when a serious decision is on the table the riskiest thing a leader can do is get you to think.