By Chuck Allen on March 27, 2014 in Leadership, Storytelling 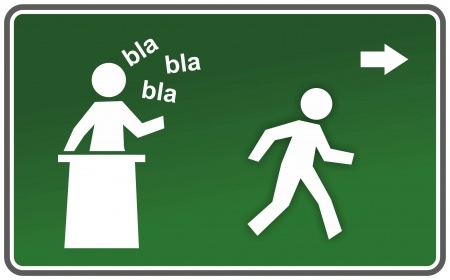 It was just a matter of time before the most horrifying words of the last couple of years got added to the Oxford English Dictionary. A recent update of the online edition has seen the addition of

It’s one of the crueler features of the English language: No one is guarding the gates to keep cringe-worthy terms out of the lexicon.

And if you consider language to be a primary signifier of culture, you can only blink, sigh and shake your head at what these new additions tell us about ourselves. We are vigilantly self-aware. We are exhibitionistic. We are obsessed with our devices to the point of giving them cute little pet names.

But one of the most distressing additions to the OED is found later in the alphabet:

TL;DR, abbrev.: ‘too long didn’t read’: used as a dismissive response to a lengthy online post, or to introduce a summary of a lengthy post.

So here we are: a culture of people with paltry attention spans who somehow have to get along with people who take too long to get to the point.

Even stories we know are important enough to mention are still not worth the time it would take to read them. At least, that’s what the term implies.

Now, I’m not saying that every important communication should be condensed to a Twitter-sized portion. But we can sure do a better job of holding people’s attention. Most stories are longer than they need to be. That’s mostly because we launch into speaking or typing without taking the time to think through the best way to say what we are trying to say. The time it would take to carefully plan our stories feels like a luxury. But what’s the point in telling a story if your audience is tuning out before you even get to the good parts?

Here are just a couple of hints to help you escape the dreaded fate of TL;DR:

We are living in an age of exponentially increasing distractions. Please be compassionate when people tune out and move on. You can take it personally, or you can take it as feedback and adjust your message accordingly.

Is “House of Cards” Running a Morality Experiment?
The First Rule of Storytelling

One Response to TL;DR